This article discusses an optimistic and realistic proposal to minimise the overall impact of the coronavirus global crisis on Iraq in the medium and long terms. It briefly describes the opportunities for Iraq post the crisis to be a self-reliant and prosperous nation if it harnesses the essential sustainable resources of people, water and fertile land as well its rich archaeological/holy sites. The article also reports on an exciting invention by Iraqi scientists in the United Kingdom that could have a significant impact on Iraq’s and the world’s power generation needs which endorse the vision of self-reliance and prosperity .

The world is currently going through challenging circumstances which have demonstrated a rare unity amongst the international community. The end of this pandemic will result in an inevitable shift in the status quo governing our world today. Following this sudden outbreak resulting in a global crisis, Iraq has the opportunity and the potential to be a self-reliant and prosperous nation in the medium and long-term. Nonetheless, the lack of infrastructure and medical resources to deal with this challenge may result in the loss of many lives with social and emotional consequences.

We have begun to recognise the importance of a nation’s ability to be self-sufficient during this pandemic, making a globalised 21st-century world feel rather small and isolated overnight. In the medium and long-term countries will begin striving towards self-reliance in several sectors, namely in food and energy as this leads to maximum security and independence. This occurrence will challenge numerous industries severely facing a meltdown as the COVID-19 pandemic escalates. The reduction in travel for both business and pleasure purposes is likely to remain following this pandemic. The economic recession looming on western states will change social natures, financial systems and international politics as we once knew. Subsequently, the economic slowdowns will perhaps lead to the reverse migration of Asian, Arab, African, European and North American communities returning to the home nations for economic, political and social purposes.

Fossil-based energy sources are abundant in Iraq. For Iraq to maximize the benefits of this abundance of hydrocarbons resources, the country must increasingly focus on its petrochemical industries to boost the economic value for its oil and gas. There is no alternative to hydrocarbons as a raw material for the chemical and pharmaceutical industries in the foreseen future, though there could be an alternative for the power generation in the not too far future.

Iraq’s overdependence on fossil fuels is pivotal to understanding why the country will experience immense suffering in the short-term. Ninety-five per cent of Iraq’s exports compromise of crude petroleum. This reality has several detrimental effects on the well-being of the nation in both the short, medium and long-term. The World Bank released a study on Iraq claiming that “volatility in oil prices remains the main risk, reflecting a lack of diversification… these factors increase vulnerability to social shock”. The reduced demand for oil in the future is inevitable with nations striving towards lower carbon footprints. However, many oil experts believed we had time to capitalise on these gains (of course, it is in their interest to make such claims). Yet, none expected a global shock like that of COVID-19 or an oil war between Russia and the Kingdom of Saudi Arabia to reduce the price of oil to less than 30 dollars a barrel.

Moving forward, Iraq should not depend solely on the export of oil for revenues; neither will the nation have the capability too. As the world swiftly progresses to find alternative energy sources, the global demand of the commodity will rapidly decrease, resulting in a stifling economic crisis which will worsen over the months to come. The impacts of this financial crisis are devastating in the short term. Fortunately, Iraq’s ability to overcome these challenges in the medium and long-term supersedes that of its bordering Gulf’s states due to the vast access of water sources, land suitable for agricultural purposes and archaeological/holy sites providing the scope for a booming tourism sector. Most importantly, the conflicts which Iraq has endured in the last four decades has led to millions of Iraqi’s seeking refuge in other nations for security and enhanced job prospects. The vast number of Iraqis abroad provides an opportunity to utilise this untapped human resource harbouring skills and knowledge, which if encouraged to return and employed, could see Iraq’s knowledge-based economy growing immensely.

For many years, the widely discussed urgency for oil states to pioneer alternative energy sources due to mounting pressure from Climate Change activists, environmentalist and politicians. Who would have thought that the straw which broke the camel’s back would result from the silent killer; COVID-19. Nevertheless, we are now in a unique space where we can reflect and learn from the past and move forward sustainably and practically. For Iraq to come out of the other side of this, oil in a post-COVID-19 world must no longer be the focal point of the economy.

Taking immediate action will reduce the overall impact of COVID-19 on Iraq, and the damage will not be disastrous. Iraq must immediately take steps to diversify the economy by developing various sectors and begin moving towards self-sufficiency in line with the plans of other nations. Iraq will only achieve self-sufficiency once critical essentials are made accessible. These essentials being food, energy and water (few). The interconnectedness between the three is close as we require power to render water, water to produce energy, and both combined to provide food. Once these elements are in place, the opportunity for people to utilise these sources will indirectly result in economic growth and diversification as people can trade items which they produce.

At the centre of the few nexus lies the global challenge of Climate Change and poverty. According to the UN Declaration on Social development in 1995, poverty, whether absolute, extreme, or abject is a condition characterised by severe deprivation of basic human needs, including food, safe drinking water, sanitation facilities, health, shelter, education and information. Therefore, poverty is the greatest challenge to humanity. The poor suffer from it while the rich fear it. It creates social divisions, fierce competition, greed, tensions and political instability, among other societal difficulties. Eradicating poverty is consequently a moral responsibility and a fundamental requirement to social justice, political stability and sustainable development. With technological advances, it is possible to achieve making the basic needs of food, energy and water (few) available and affordable to all.

The water shortage in Iraq has presented severe challenges in recent years. The disastrous water crisis has stemmed from the massive growth in the country’s’ population over the last decade. The Tigris-Euphrates rivers provide over 95% of Iraq’s water demand for domestic, agricultural and industrial needs. The deteriorating status of these two rivers has resulted in life-threatening consequences that require serious attention by the government, water specialists, engineers as well as NGO’s and civil societies. The water shortage dilemma must be addressed adequately as water security, and food security is a fundamental element of the countries national security and development. Iraq’s water dilemma stems from three critical faults. Firstly, the mismanagement of resources by the governments of the past and present. Secondly, climate change and global warming resulting in the rise of the earth average climate system. Lastly, the external influence of neighbouring countries, namely Turkey and Iran, where the source of these rivers originates.

For Iraq, there would be two approaches to address water shortages and future demands. The first approach is to maximise the benefits of its natural rivers through adequate management. The potential of the natural river can be optimised by building sufficient storage capacity, reducing water consumption through advanced irrigation techniques and linking rivers using canals to transfer water where it is required most. There are other known resource management techniques which can assist Iraq’s ability to safeguard their primary water sources.

To further enhance Iraq’s water security, and avoid political pressure or economic abuse from countries where some of the rivers originate; the option of tapping into the sea in Basra using desalination is not just an option –but could be the only sustainable one. The advancements in desalination technologies offer a feasible economic and political solution. A network of large pipelines to transport clean water from Basra to the rest of the cities in Iraq is not going to be extensively costly. The transport links will also assure the Iraqi people have a secure water and food source in the wake of political uncertainty or hostility with neighbouring countries where the rivers originate, which further endorses the vision of self-reliance. 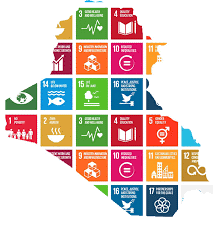 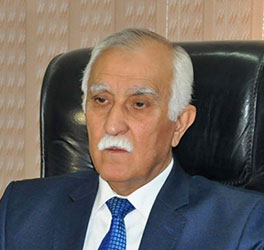 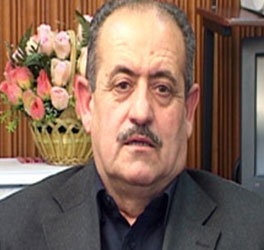 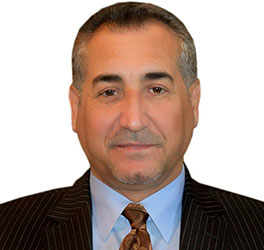